This is a photo of my mother with her two brothers dressed as a cowgirl. The photo was probably taken in 1948 when my mom was about two years-old. Everyone loves dressing as a cowboy/girl, whether your a human or a bird. 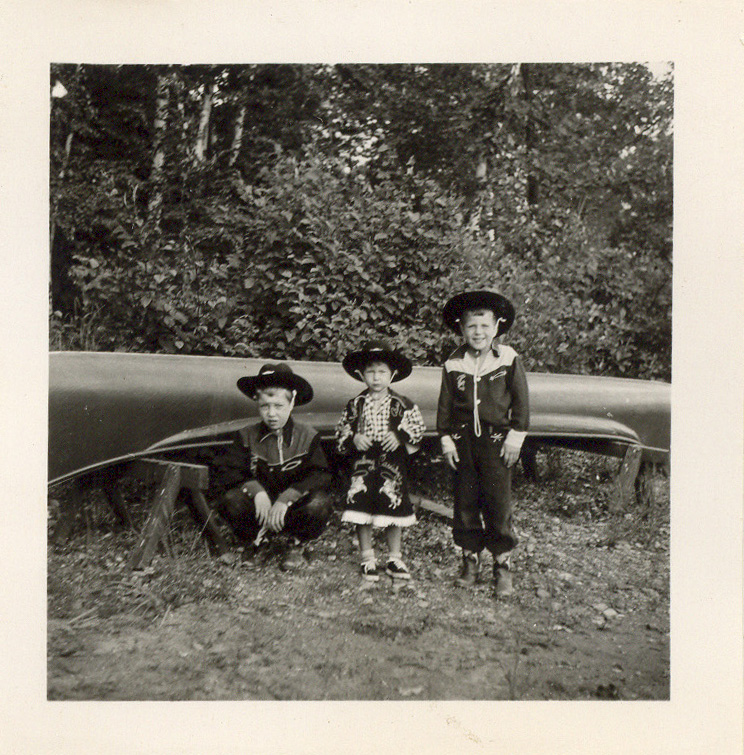 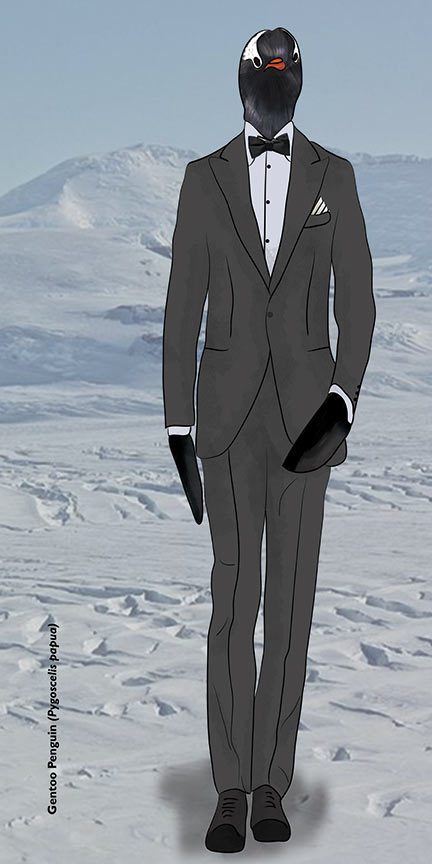 You would have difficulty finding a more chivalrous bird than a penguin. When a male penguin wants to court a mate, he sifts through beach pebbles until he finds the smoothest, kinda flat one and presents it to her (like a very sensible engagement ring). They add the engagement stone to their nest (that’s the sensible bit) and wait for eggs.

More chivalry: the male (and female) Gentoos are very attentive parents; they have long lasting bonds with their chicks.

Not really chivalry, but adds to the awesomeness: Gentoos are the fastest underwater swimming bird, with top speeds up to 22 mph.

Th­­e Crested Lark is known in the birding world (and other worlds where everyone else lives) for its crest of feathers, which can rise when the bird is feeling saucy. Saucy.

This behavior occurs in all 37 species of the Crested Lark. How embarrassing.

Crested Larks are also known for their lovely song, which they sing while flying around.

Saint Francis of Assisi, a Catholic friar and preacher who lived in the thirteenth century and is considered the patron saint of animals, was particularly fond of the Crested Lark. He said,

“Sister Lark has a hood like a Religious, and she is humble, for in joy wherever she endeavors to find a few grains of corn, and eats them.”

It doesn’t hurt to be favored by a saint. 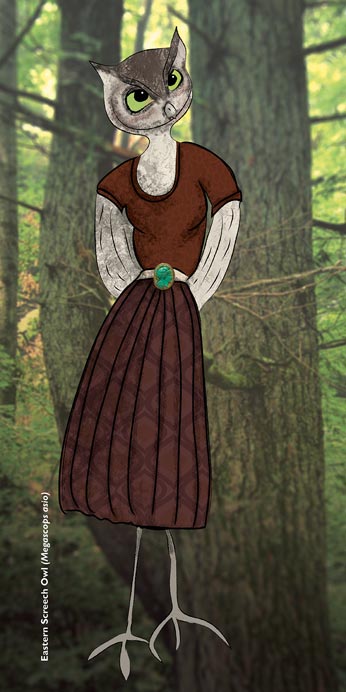 These owls also regurgitate all the non-digestible things they eat, like the beaks of other birds, or the fur or bones of small mammals, in oval barf-pellets. They like to eat smaller birds, which is gross if you think about it. If you want to witness some of these puke-packets, you could build a nest box near some trees and maybe an Eastern Screech Owl will move in and eat all the small mammals near your house. 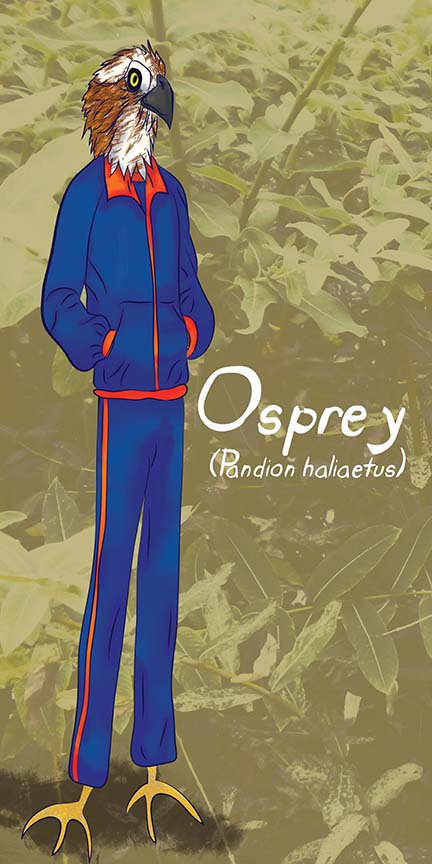 The Osprey is a predatory hawk of awesomenness.

I have seen their crazy giant stick nests atop channel markers. They are excellent fishermen; diving into shallow water with feet first and then flying off with a fish in their claws. They are the yogis of the raptors, with excellent flexibility (they can use their wings to shield their eyes from bright lights WHILE flying). They are sometimes confused with bald eagles, but have white bellies and less of a patriotic pretense. Osprey parents share incubating duties, as they are quite open minded about female equality.

If your mouth was a spoon, you’d probably want to eat cereal or soup all day. But the Roseate Spoonbill walks around in shallow waters and moves it’s head from side to side, when a little fish swims by, they SNAP their bills close and swallow it down. Their spoonbills are very sensitive to vibrations, so they can “feel” the fish/crustacean/insect/worm/amphibian moving nearby.

People confuse the Roseate Spoonbill with Flamingos because they are both pink. Two comments on that:

1. Flamingos are a rarer bird to see int he wild.

2. Neither bird enjoys being confused as the other. They are quite vain that way.

They both get their pink hue from eating Canthaxanthin, which is in the water and the things they eat in the water. They are confident, attractive, and never wear hats.