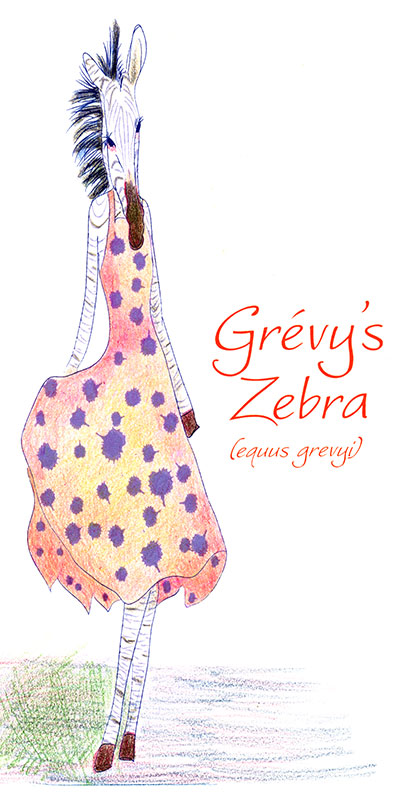 There are three species of zebra. The one with the largest ears, thinnest stripes, and Frenchest name is the Grévy’s zebra.  And like the French, they have an attitude. One reason for the ‘tude is they are endangered due to hunting and habitat loss. And really, that’s the only reason that matters.

Each Grévy’s zebra, like all zebras, has a distinct pattern of black stripes, which allows their friends to figure out who they are in a crowd. Many an awkward situation has been avoided because of these individualistic markings, mostly between male and female herd members. They have style, class, and a great sense of humor.